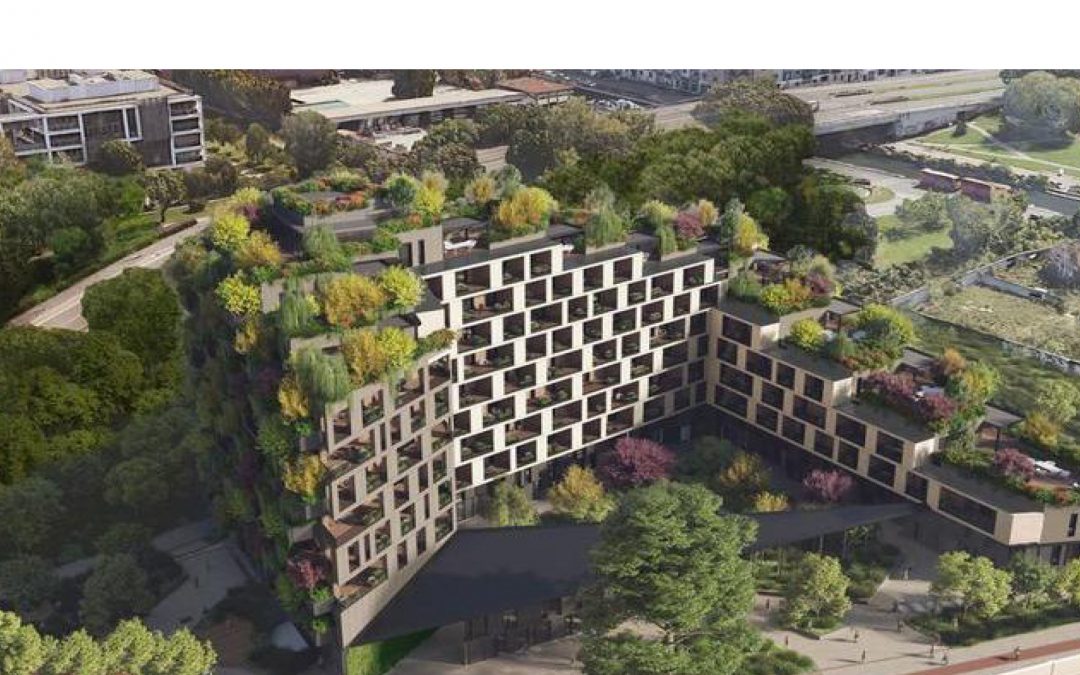 There is no doubt that the project is already fashionable.
Sustainability is now at the center of the concerns of scientists, architects, interior designers, producers and creators of all kinds. And unsurprisingly, it was also at the center of the last Fuorisalone that just ended in Milan.

We have told you the most interesting things that have been seen in the last edition, the thirtieth.
Today, however, we remain in Milan, in two of the main areas of Milan Design Week, but we will talk about sustainability from Stefano Boeri’s point of view.
In fact, in these last hours, the world-famous Italian architect presented his latest project: Bosco Navigli. As its name suggests, it is a project that refers to the two skyscrapers built in 2014 in the Isola district of Milan by Boeri himself: the Bosco Verticale complex.
Winner of the International Highrise Award in 2014 and the award for Best Architecture in the World in 2015 in Chicago, the Bosco Verticale is made up of two tower buildings, respectively, 110 and 76 meters high, 40 million euros spent to build them and They are now part of the city’s skyline. With its 800 trees, 5,000 shrubs and 11,000 plants, in fact, the Bosco Verticale promises to transform 25 tons of carbon dioxide into oxygen every year.

The explicit intention is clearly to return nature to the city.
The implicit one is perhaps to make ourselves invisible, to finally leave fewer traces and to apologize to nature for the stolen space.

After decades of territorial and natural resource consumerism, sustainability seems inevitably to be at the center of the debate in an extreme attempt to remedy the mistakes.
The result is a chorus of excuses that became (fortunately) a trend, between excellent initiatives, dedication, but also speculation and hypocrisy.
The truth is that the Bosco Verticale project was both ecologically and economically fruitful.
It moved a lot of money and brought with it a trail of other assignments for architectural star Boeri, who has been designing similar buildings around the world for years. And so we come to today: the Bosconavigli.

Bosconavigli is a recently announced project.
It will be born in the south of Milan, between Navigli and via Tortona, the cradle of Fuorisalone, a stone’s throw from the “Parco Agricolo Sud”.
An area that, together with the San Cristoforo district, promises to be increasingly green.

“The project”, says Elle Decor, “born from an idea by Stefano Boeri and developed by the Stefano Boeri Architetti e Arassociati studio with the design of AG&P Greenscape, is promoted by Milano 5.0 – a company that brings together a group of Milanese developers and investors “.
We are talking about a project that aims to remodel about 8 thousand square meters of land, developed around “a central patio and a centenary elm.”
Unlike Bosco Verticale, Bosconavigli develops horizontally.
That is why the roofs become the protagonists of a structure that, due to the shape of its terraces, closely resembles the ziqqurat of the Middle East – structures that, according to Mircea Eliade, represented a kind of cosmic mountain.

“A new ecosystem in the most authentic heart of Milan”

“A new ecosystem of great biodiversity is being born along the Navigli, in the heart of the most authentic Milan”, said Stefano Boeri.
The building will also have its own photovoltaic system and a rainwater and irrigation collection system.

“The architectural canons represented in Bosconavigli are the result of more than ten years of research that aims to rewrite the relevant typological characteristics of the Milanese tradition, looking towards a future composed of high-performance buildings integrated into the surrounding urban fabric,” he added Giovanni da Pozzo di Arassociati.

The complex will also be equipped with a garden open to the public because the remodeling of the territory wants to be part of the project, together with the new concept of “housing”.
In short, the project is perfectly adapted to the new trend.
We just have to understand if this new generation of enlightened architects will be enough to save the planet from the private interests that have suffocated it.
For now, we smile to the green and smile to Milan, the scene of this ecological renaissance.