The house of your dreams built from shipping containers 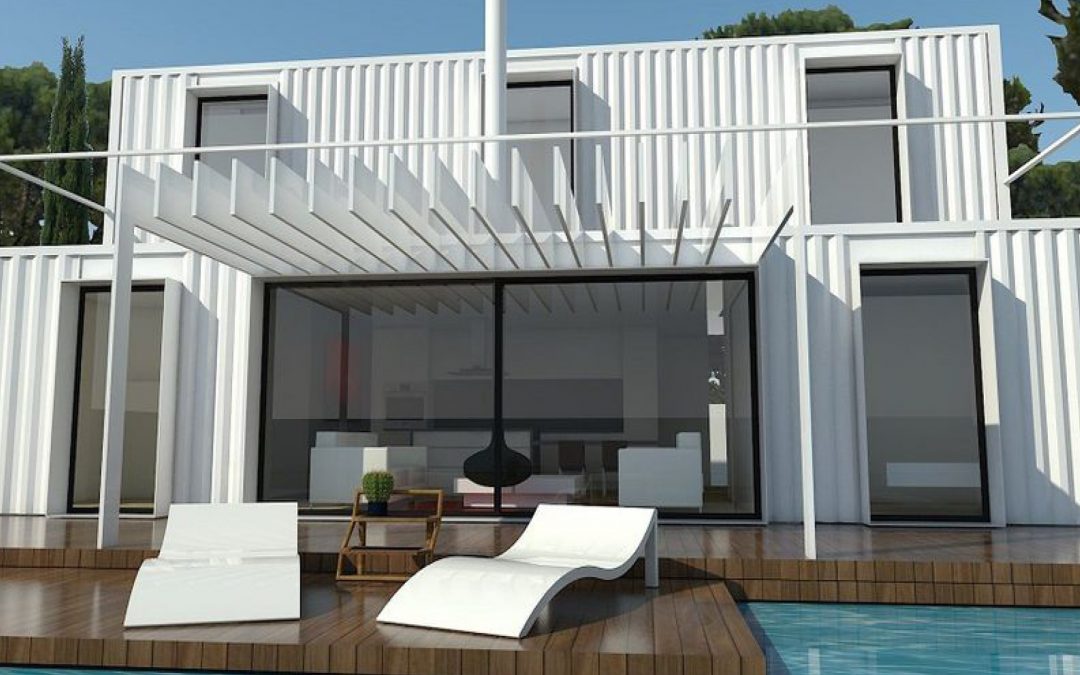 A shipping container that becomes your dream home?
It is possible and now also very common.
But the results, of course, depend on what you are looking for and what you can afford.

CONTAINER HOUSE: IT’S NOT AS EASY AS IT SEEMS

We are talking about houses built from metal containers for the transport of goods.
The cost of the container is relatively low, the assembly is quite fast and the construction of a house seems very practical.

Yet choosing a container house is not necessarily the right way to save money.
If we want a careful design and a good project, we will obviously spend a lot more than if we are content to simply have a roof over our heads.
In some cases, perhaps even more than a traditional house.
Not to mention some technical difficulties.

First of all, there is one basic issue to resolve: having a piece of land on which to place them.
The issue of land is central because, if the idea is to build a real house, you will need a building land.
And building land is obviously much more expensive than rural land, especially near cities.
The legislation on this is interpreted in different ways, but it is common to distinguish between movable and immovable property.
If the container house is anchored to the ground, connected to public water and electricity services, it is immovable.

In this case, therefore, the land on which to place it must be developable and the construction must comply with all the standards required for the construction of a traditional house.
Therefore, you will need a geotechnical and topographical study of the land and an execution project carried out by an architect to obtain a building permit and make the connection with the municipal services.
It must, in short, comply with all the directives indicated by the LOE (Law of Building Ordinance) and by the CTE (Technical Building Code).

It is not a romantic dream that you can realise wherever you want.
That is why, usually, companies that deal with assembly and construction work closely with specialised architectural firms, which sometimes allow you to buy a turnkey project. Also because, apart from document management, another expense to take into account is that of the crane for transport.
In short, to avoid unforeseen events, it is better to look for an all-inclusive package, which is also the most viable solution if you want to take out a mortgage.

The “fun” of a container house seems to be its customisation, or rather the idea of configuring your house like a tetris.
Provided that the rules of practicability laid down by law are respected, in fact, the containers can be placed vertically or horizontally, spaced or joined, aligned or not, built on a plan or superimposed. And eventually it is possible to easily expand the house by adding one or more containers later.
But it is also true that having to adapt to the standard rectangular sizes limits the imagination in shapes. 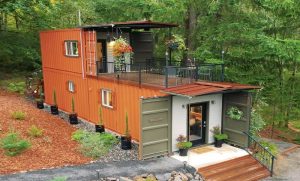 In addition, there are several technical aspects to take into account:

– the containers have to be welded (and welding between containers increases the price, so the more containers you use the more the cost goes up);
– buying used containers can bring unpleasant surprises because they are not always in good condition (after a use that generally ranges from 7 to 14 years);
– containers naturally have to be cut (and cutting them too much to separate them or to create windows and doors weakens them and reinforcements are expensive);
– the cost of crane transport is also a cost to consider (so it is better to choose “local” companies and products);
– without good thermal insulation it will be too hot in summer and too cold in winter.

As for the structure, the most interesting question concerns the measurements.
“The main structure”, explains the architectural firm “08023” in an analysis published on its website, “is made of metal profiles and the walls, ceilings and floors are made of sheet metal”.

“The external dimensions of the containers (ISO 20),” the article continues, “are 6.06m long, 2.44m wide and 2.59m high.
The internal dimensions are 5.9m long, 2.35m wide and 2.39m high.
There are special length containers (ISO 40) which are 12,19m long and 12,03m inside […].
The same dimensions which make the containers standard and easily transportable elements are their main drawback.
The interior width of 2.35m and the interior height of 2.38m are incompatible with Spanish habitability regulations, which set minimum heights – 2.50m – and widths – depending on the parts of the house: living room, bedrooms, etc.
To build a house we will have to join several containers by cutting the walls to communicate or enlarge spaces. To solve the height issue, we will have to use High Cube containers which have a greater height (2.92m outside and 2.70m inside)”.

However, people usually like the idea of recycling materials, choosing containers as building material.
Some even choose to make it as self-sufficient a home as possible.
With an industrial style which, in this case, is a must.

AN EXAMPLE IN BARCELONA

But the project, as we said at the beginning, is what makes the difference.
For example, the one created by David Jiménez and Cristina Mora, who work for the architecture studio 08023, cost between 150,000 and 200,000 euros.
And to tell us about it is Nurla Moreras in an article on 17 March in Houzz.

The project in question was commissioned by a Danish couple, who decided months ago to move to Canyelles, a town near the sea in the province of Barcelona.
In this case, the containers used are three 12-metre containers and one 6-metre container, purchased for around 1,500 euros each in the port of the Catalan capital.
The square metres obtained are 115, plus 75 for the terrace, the swimming pool and 20 for the workshop where the owners, goldsmiths by profession, work.
The architectural firm provided assistance to the couple from the choice of the land which, being in the hills, had to be levelled.
The colour green was chosen for greater integration with the surrounding nature, especially in view of the future growth of the vegetation chosen to decorate the external “walls” of the house.
A solution that will also protect the structure from excessive heat.

One of the problems with containers, as we have said, is that being made of metal, they heat up very easily in the sun.
In fact they always need some form of insulation inside them.
In addition to recycling the containers, the couple also opted to have a small photovoltaic and rainwater harvesting system built, which allows the structure to be at least partially self-sufficient in energy.
The U-shaped ground floor houses the living room/kitchen, a bedroom, a bathroom and a workshop for work. It was built with two of the 12-metre containers, spaced six metres apart.
The first floor, on the other hand, consists of the third 12-metre container and another 6-metre container. It houses the master bedroom with access to the terrace (obtained from the roof of the floor below), another bedroom and a bathroom.

As we have seen, if you want a house made of containers, the mistake you should not make is to take it lightly.
Without a good project, you could end up with a house that is anonymous and even a bit ugly.