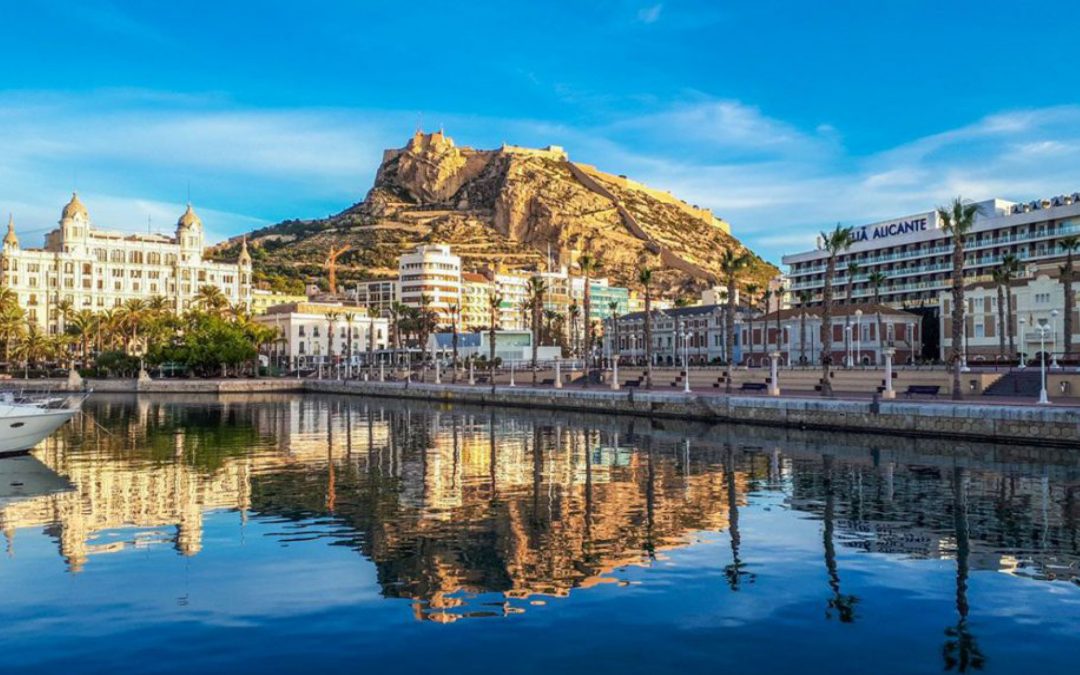 What is it that makes us live well in a city?
The association “InterNations” has tried to answer this question in a methodical way.
How?
Directing it to 15 thousand people who live outside their own country and who represent 173 nationalities in 181 different locations.

To achieve the “Expat City Ranking 2020“, “InterNations” asked all these people to answer more than 25 questions, evaluating each aspect from zero to seven. Finally, it took into account for its survey the 66 cities on which at least more than 50 people responded.
The 13 categories of questions were grouped into four macro categories: quality of life, accommodation, work life, finances and housing.

The result has awarded the Iberian Peninsula and, above all, Spain.
There are two Spanish cities among the top three in this special ranking, four among the top ten.
Alicante, in fact, is the second favorite city for expats from all over the world.
First is Valencia, third Lisbon, sixth Malaga and ninth Madrid.
Among the last ten we find a city like Rome, charming but difficult to live in, and Milan, modern and well organized but cold, rainy and expensive. These two big cities, however, are in “good” company: Paris, Dublin, Hong Kong are also at the bottom of the ranking. 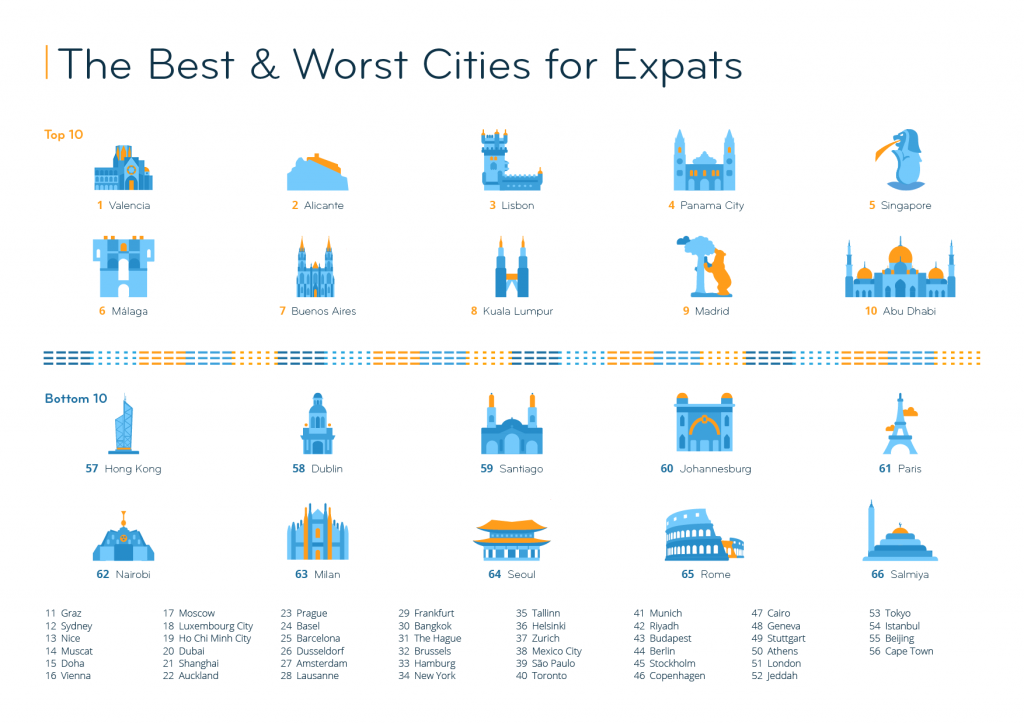 We are clearly talking about responses to subjective questions, as subjective is the city in which a person feels comfortable enough to live.
But it is true that, especially if two cities in the same community have become the first two, something special surely exists.

Alicante, for example, ranks first in the “Getting settled” category: getting comfortable in Alicante is pretty easy.
Essential aspects of personal life, such as feeling welcome in a place (category “Feeling welcome“: second), the possibility of making friends easily and being with people (“Friends and socializing”: second), being in a friendly environment (“Local friendliness“: sixth), rewards the Valencian cities and, in this specific case, Alicante.

In addition to it there is another important factor, the economic aspect: second by cost of living, third by cost of housing and first by satisfaction with respect to the economic situation.
All this allowed Alicante to occupy the second place in the category “Finance and Housing”.
Obviously, it must be keep in mind that the province is “the good retirement” for many retirees from northern Europe, for whom the quiet financial situation is not always a direct consequence of the local economy.
But you have to ask yourself: why do they come here?
It is not just because it costs less: we have already seen it and other data confirms it.

Alicante is also sixth in the health category and obviously seventh for its climate and “leisure”.
Important factors for the quality of life in a city play a role. And this without considering that the city only obtained 46th place for the quality of public transport (honestly it would have deserved better) and 39th place for safety and public policies (even here something a little better would not have been bad).
In conclusion, for “Quality of Urban Living” Alicante ranks 19.

The result for working life (“Urban Work Life) was not very positive – it did not exceed 39th.
Specifically, it came in at 54th place for job and career opportunities, 40th for job security, little better (though only 29th place) for work-life balance.

In short, expats have chosen Alicante because, in addition to a good climate, it is comfortable to live: it is easy to make friends, it is fun, the people are friendly and all of this allows you to feel at home. To this is added the fact that it is quite cheap to live, pay rent or buy a house, medical care is highly appreciated and accessible and, all this, being cclose to the sea and enjoying the good weather.

What’s missing? Job and career opportunities are certainly limited compared to larger cities.
Alicante, of course, is not a metropolis and we hope it never will be, because its habitability is all here.
But if a person manages to settle down and find a good job that he likes, he will surely be fine here.